Telling the story of one of Australia’s most revered Aboriginal warriors requires a team of bold and daring storytellers. Experts in their fields, a team of renowned producers have come together with Indigenous chroniclers to bring to life the tale of an unsung hero’s resistance to colonial oppression.

Catriona McKenzie is an Indigenous writer-director who descends from the Kunai Gurnai of South Eastern Australia, she graduated with Honors from the prestigious AFTRS, which led to a two-year internship with Ridley Scott. An experienced director with many television credits including the Emmy nominated Dance Academy, My Place, Satisfaction for Showtime, the pilot-episode of award-winning series The Circuit, Redfern Now, The Gods of Wheat Street (ABC), the Emmy Award Nominated The Wrong Kinda Black and Wentworth. Currently based in the USA, Catriona is directing prime-time television series including “The Walking Dead”, “The New Adventures of Sabrina”, “Riverdale”, “How to Get Away with Murder”, “Bluff Law” and the final season of “Supernatural”.

Jon Bell is a Wiradjuri, Bundjalung and Yaegl man. A writer, director and actor who is best known as the writer-creator of the ABC drama series ’The Gods of Wheat Street’ and as the Sergeant from the Black Comedy’s “Black Force” sketch. He is considered one of Australia’s most experienced, sought-after and recognisable indigenous storytellers. Jon was the lead writer on the hit ABC television series ‘Black Comedy’ season one. His list of credits includes the award-winning series “Redfern Now”, the “New Flying Doctors”, the Emmy Award nominated “Ready For This”, “The Warriors”, “Mystery Road the TV Series” the award-winning children’s series “Little J and Big Cuz” and the critically acclaimed Indigenous AMC TV series “Cleverman”.

Andrew is a Kamilaroi, Dhurag and Ngarabal man. He is an award-winning Indigenous writer-producer and director, his credits include ‘Home & Away’, ‘Heartbreak High’ and ‘Battlestar Galactica’. In 2014, he was recruited by the Federal Government’s key screen Agency (Screen Australia) as a Development & Production Executive. Andrew is the first Indigenous Australian to work within Screen Australia’s mainstream Production and Investment management team. During his tenure, he managed numerous Indigenous based initiatives, supporting the resurgence of Indigenous driven storytelling in Australia, overseeing a diverse slate of television drama, online-content,  documentaries, feature films and VR which included ‘Shadow Trackers’, ‘Cleverman’, ‘SPEAR’, ‘Little J & Big Cuz Seasons 1 & 2’, ‘Servant or Slave’, ‘Alien: Covenant’, ‘Five Bedrooms’, ‘Grace Beside Me’, ‘Bluey Season 1’, ‘Goldstone’, ‘7 Guardians of the Tomb’, ‘Black Comedy’, ‘The Warriors’, ‘Mystery Road: Television Series’, ‘Danger Close’, ‘The Wishmas Tree’, ‘Hearts and Bones’ and ‘Sweet Country’.

Ian Sutherland is an International Film Executive, with over 30 years’ experience in the entertainment industry. He has worked in all facets of the business including Distribution, Marketing, Publicity, Third Party Promotions, Acquisitions, Production, Film Finance and Exhibition. As Senior Vice President in London and an Executive Vice President for MGM in Los Angeles, Ian has overseen the release of a diverse slate of films for Universal, Paramount, Dreamworks and MGM/UA. Ian oversaw the Marketing and Distribution release strategies for numerous films including: ‘Jurassic Park’, ‘Waterworld’, ‘Babe’, ‘Blues Brothers 2000’, ‘Mission Impossible’. ‘Star Trek’, ‘The Saint’, The Truman Show’, ‘Face Off’, ‘Legally Blonde’, ‘Get Shorty’, “Hannibal, ‘Be Cool’ and the JAMES BOND franchise films of ‘Goldeneye’, ‘Tomorrow Never Dies’, ‘The World Is Not Enough’ and ‘Die Another Day’. Ian also produced the film ‘Reclaim’, starring John Cusack, Ryan Phillippe and Jackie Weaver and was previously a board member for AACTA and Australians in Film in Los Angeles. 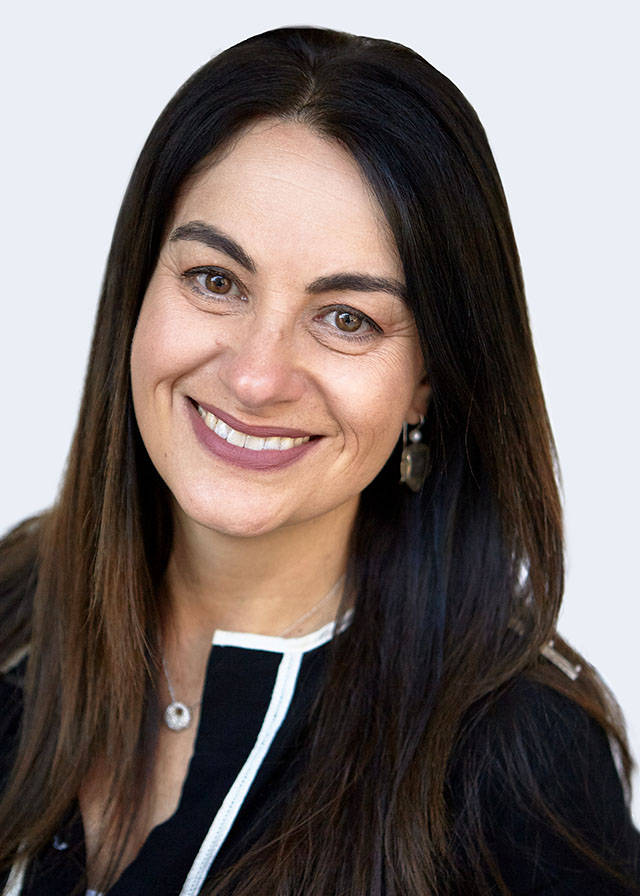 Lynette is a Dharug and Ngarabal woman. Currently a student at Western Sydney University studying a Master of Education (Social Ecology). Experience in local and Commonwealth Government, having worked at the Australian Aboriginal and Torres Strait Islander Commission in Rights and Justice – specialising in Treaty. Has worked within policy development at the Australian Heritage Commission and local government in the creation of the Eurobodalla Aboriginal Consultative Committee, 1994. Executive experience with local Aboriginal land councils. Lynette is a member of the Dharug Ngurra Aboriginal Corporation (previously the Darug Tribal Aboriginal Corporation) and is the founding member and owner of Track My Mob Aboriginal Corporation, a research company specialising in New South Wales colonial studies and assisting the stolen generation to find their history and return to homelands. 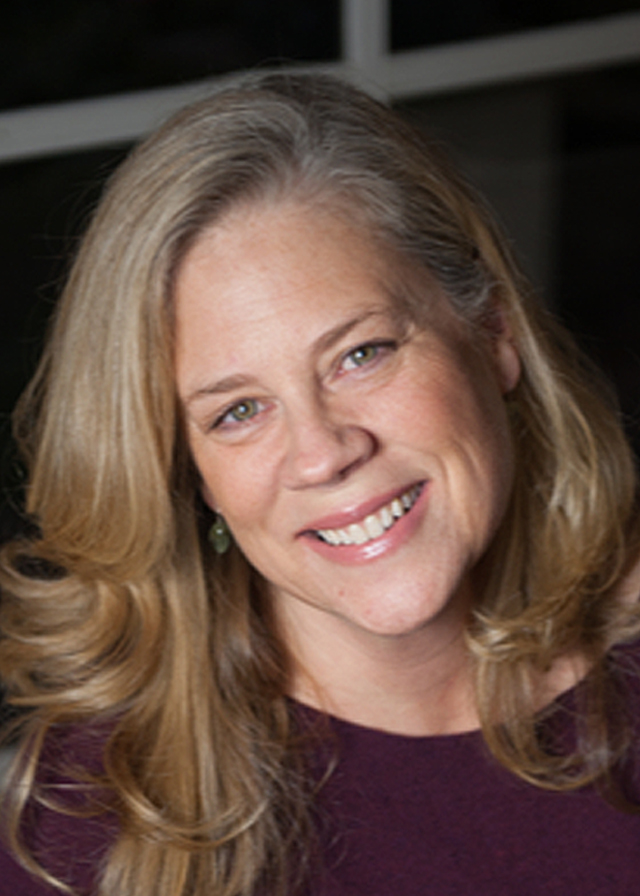 Naomi is an Australian writer and producer who worked in both television and film for more than twenty years in Los Angeles, Toronto and Vancouver before returning to Australia in 2008. A veteran of over 75 hours of produced movies, miniseries and episodic TV, her work has appeared on CBC, ABC, NBC, Fox, WB Kids, Lifetime Network, HBO and Animal Planet as well as in worldwide syndication. Having experience across numerous genres – from drama to comedy to sci-fi – from anthology to kids and family, live action, animation and feature film – her list of show credits include award-winning series such as ‘7thHeaven’, kid classics such as ‘Are You Afraid of the Dark?’ and cult hits such as ‘Gene Roddenberry’s Andromeda’, ‘La Femme Nikita’ and ‘Highlander’. She has written and produced alongside industry hitmakers Shawn Levy (‘Stranger Things’), Jim Parriott (‘Grey’s Anatomy’, ‘Nashville’) and Bob Cochran/Joel Surnow (’24’). Naomi served for four years on the executive board of the Australian Writers Guild and chaired its NSW Membership Committee for over six years. 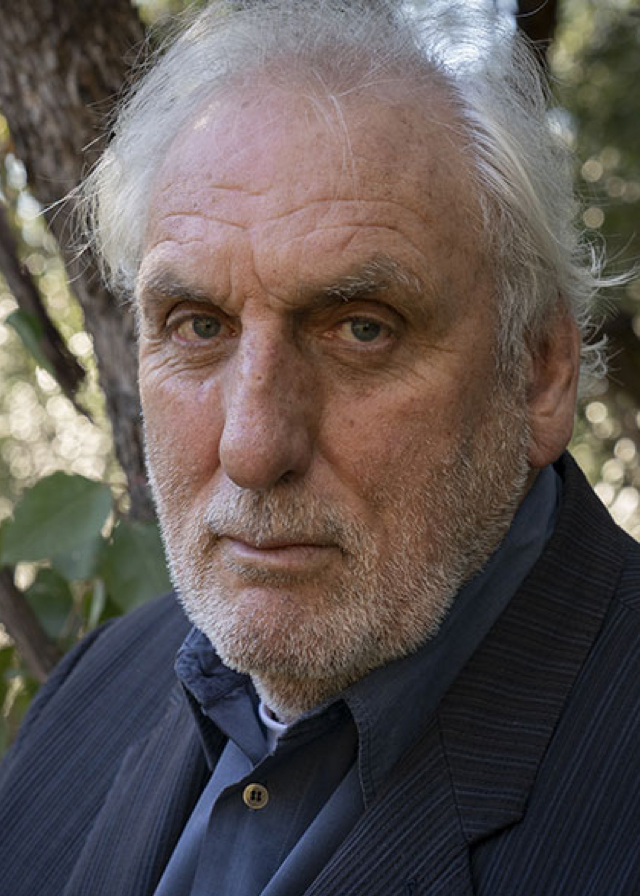 Phillip Noyce is one of Australia’s most highly acclaimed and successful film directors, he won Best Film, Best Director and Best Original Screenplay at the Australian Film Awards for his film NEWFRONT. His credits include Dead Calm (1989), starring Nicole Kidman, Sam Neill and Billy Zane, Patriot Games (1992) Clear And Present Danger (1994) both starring Harrison Ford, The Bone Collector (1999) starring Angelina Jolie and Denzel Washington, The Quiet American (2002) starring Michael Caine and Rabbit Proof Fence, which won Best Picture at the Australian Film Awards, Salt (2010), which grossed $295 million worldwide. Phil describes Rabbit-Proof Fence as “easily” his proudest moment as a director: “Showing that film to various Aboriginal communities around the country and seeing their response, because it gave validity to the experiences of the stolen generations.”
Read More

Mathew is an entrepreneur with a passion for film and for the arts. His financial and philanthropic commitment to supporting the arts spans across three decades and he is extremely passionate about telling the Pemulwuy story. He has been instrumental in bringing together the current team supporting the Pemulwuy project. Mathew has extensive experience in the management of public and private companies, corporate governance and the provision of corporate advice. He is the Co-Founder and Chairman of the highly successful advisory firm Cicero Group and Co-Founder of emerging vanadium producer Technology Metals Australia.
Read More

Stan Grant is a Wiradjuri, Kamilaroi and Dharawal man. He is a journalist, author and filmmaker. He has written five books dealing with the history and politics of Indigenous people in Australia; all have been critically acclaimed best sellers and published internationally. He wrote the documentary ‘The Australian Dream’ dealing with racism in Australian sport, a film that has won numerous International Awards including the 2019 Australian Academy Award for best feature documentary. A journalist for more than 30 years, he was the first indigenous person to present a prime-time news program on Australian commercial network television. He spent more than a decade as senior international correspondent for CNN and has won the prestigious US Peabody and Du Pont journalism awards. He is a four-time winner of the Asia TV Awards and three-time winner of Australia’s highest journalism award, ‘The Walkleys’.
Read More 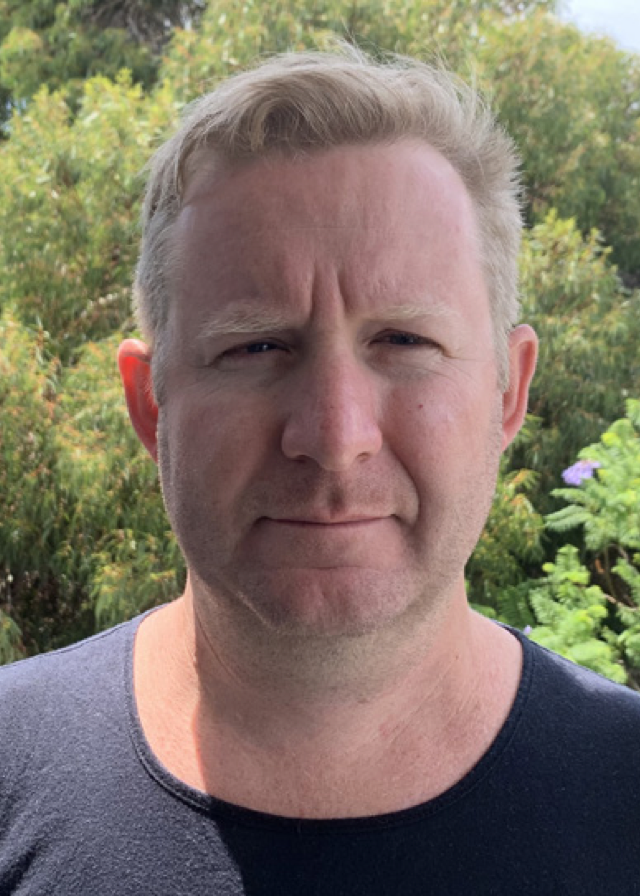 James Robinson is a businessman, an entrepreneur and a film enthusiast. James has a passion for supporting factually based, entertaining and historically accurate Australian projects. Throughout his commercial career, he has gained extensive capital markets and advisory experience during circa 20 years with some of Western Australia’s leading corporate advisory, funds management and stock broking firms. Along with his various personal interests, he is also the Managing Director of the Cicero Group of Companies and he also continues to maintain his philanthropic commitment to supporting the Indigenous arts, communities and culture.
Read More